As an Amazon Associate and member of other affiliate programs, we may earn commission from links in this post. 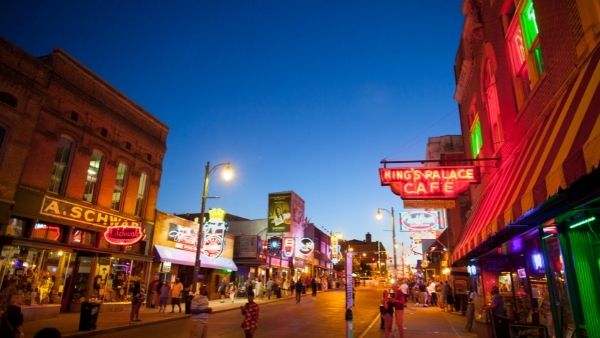 Memphis is more commonly associated with blues and BBQ. However, just as he’s done in part 1 and part 2 of this special series, Chaz CMP is going to explore a Bluff City connection with chaos magic and rap.

In the first two parts of this story, we discussed how modern artists, especially hip hop artists, have embraced and outwardly used occult ideas, themes, and imagery in their music and videos. This has been something that Illuminati theorists have claimed for a long time. Acts like Madonna and Jay Z have been targets of this theory claiming that they are involved in a sinister cabal controlled by magic and/or reptilian aliens.

But young artists are being associated in a different way. They are much more open about these supposed occult practices, and it is something they are willing to add-on to their music or other talents to help propel them to stardom. This is a stark difference from the older artist, whose magical speculation from conspiracy theorists only occurs after their success. These artists are very upfront and willing to sign the proverbial “deal with the devil” so that they can be propelled to stardom.

But how did these connections form? How did a brand of music become so steeped in occult tradition? We’ve seen similar beliefs form in the black and death metal genres. These connections came from groups in Europe who had intrinsically tied these beliefs to the countercultures in their heavily religious countries. These bands received government checks that supplemented their income and gave them lots of free time to burn churches and buy black leather clothes.

But Satanic rap came from a much different source, and an unlikely city: Memphis, Tennessee.

Three Six Mafia is still the most famed group to come from the city, and their symbolism is upfront and in their name. But many other artists from Memphis between the late 80s and early 90s were creating similar music. It had angry, dark, DIY sounds that are familiar to those lurkers on SoundCloud, but at the time it was completely original, and certainly wasn’t popular. It reflected the anger that minorities felt, and was representative of the violence they were (and still are) subjected too.

Many of the sounds of today’s trap music and murder rap can be traced back to these Memphis mixtapes, which were sold out of the back of cars and at public shows. Artists like Tommy Wright III, lil Ramses, Lord Infamous, lil Grim, Maniac, (just to name a few) were pushing the buck with their dark and experimental sound.

And naturally, just like today, it was not for everyone. Many people were intimidated by the sound as it moved away from gangsta themes toward straight-up murder and human sacrifice.

Then comes the claims about the Memphis Rap Sigil. It is said that there are eight cursed tracks from mixtapes produced by the artist at the time. Each one of these tracks is said to have actual audio of a real murder mixed into the beat.

It is said that the famed West Memphis Three were murdered as part of this ritual and that their deaths are said to be heard on some of these mixtapes. When all eight tapes are played, supposedly the ritual is complete.

The purpose of this ritual, whether it be fame, money, or power, remains unknown. And before you get the wise idea of tracking down the songs on the internet, it is said only the actual physical tapes are imbued with the magical properties necessary to activate the sigil.

This of course is a great story, but, unfortunately, it comes from one of the least reliable sources known to man, 4chan. Specifically, 4chan’s /x/ board, which focuses on the paranormal and is filled with people making up stories and claiming wild “truths” that we need to believe if humanity is to be saved.

It appears that the Memphis Rap sigils is one of these stories. It’s written by an anonymous source, which helps make it impossible to prove.

However, where there’s smoke there’s fire. There is a giant pyramid in downtown Memphis, which did have a crystal skull embedded into its structure.  Many believe that the top of this pyramid is the best location to complete the supposed Rap Sigil and play all eight tapes. 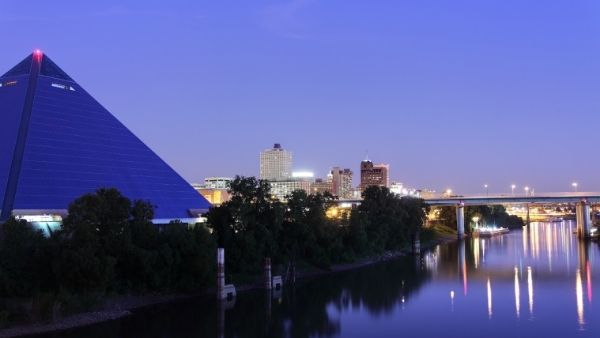 And to be fair, there are magical terms and language used in some of those local mixtapes. They share some of the same themes that are popular today, as we discussed in Parts 1 and 2. It seems that Memphis is definitely a strange city where crime and magic blend, and it has become expressed by this genre-redefining music, whether or not it’s a secret sigil.

The Continuing Saga of Chaos Magic

The occult speculation in the Memphis rap scene persists today. Recently rapper Young Dolph was gunned down in Memphis, where he was from. Dolph’s music had moved back towards more gangster themes in his lyrics, though some of the beats used are definitely reminiscent of the city’s predecessors.

Whether or not Dolph was involved in the occult like others we’ve discussed, people have certainly made the jump. A dozen internet shows and podcasts have popped up claiming that his death was an Illuminati sacrifice. And thus the saga of chaos magic and rap continues.

If you’re wondering about any of those Satanic mixtapes, some of the tracks are still around and are absolute bops. Here’s my personal favorite from one of these supposed Stanic tapes. Enjoy.

I’ve been investigating the paranormal and its connections with our consciousness for nearly a decade. In October of 2020, I released my first book, Paranormal Expeditions: Hunt for the Friendship, about my research and investigation into a South American UFO case, and received much acclaim from the paranormal community. Through conducting cutting-edge research and controversial psychedelic experiments I continue to push the buck of what it means to investigate the paranormal. Go to Chazofthedead.com for links to all my work!

Have you ever been to Memphis and seen the pyramid?

Got an idea you’d like to submit? We’re always looking for quality infotaining posts about travel, true crime, horror, and the paranormal –or some blend thereof. Visit our Writers Wanted page for submission details. We’d love to have you join our Skeleton Crew!

That’s the answer to that question we know you’re wondering about. We do pay. Not a lot. Don’t get excited. But we believe in paying writers for their time and energy. You’ll find complete details on the Writers Wanted page.

In the first part of this special series, guest contributor Chaz CMP explored how some rappers are embracing chaos magic. One of the artists he mentioned was the late Florida rapper Xxxtentacion, or X (as is easier to refer to him). What's the story of X's demise? Did he discover…

Chaos Magic and Soundcloud, Part 1 of a 3 Part Series

In his first guest contribution, Chaz CMP guided us through the unchartered territory of Palo Mayombe and human sacrifice in Mexico. At least, human sacrifice was somewhere we'd never ventured before around here at Haunt Jaunts. We're excited to welcome him back for a special three-part series about chaos magic.…

Thanks to a guest contribution from Chaz CMP, we're going to take a little detour and explore something we never really have before here at Haunt Jaunts. He'll guide us into a world where black magic, cartels, and true crime meet. Specifically, he's taking us into the realm of human…